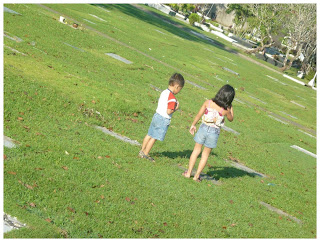 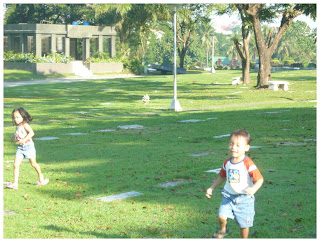 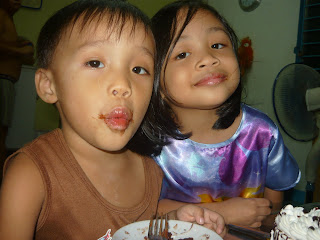 Just couldn’t help but feel a bit emotional looking at my kids and see how far how they have become from being so fragile from my arms few years back. They are now starting to build and become more independent as days passed by. Gabby is now doing great as far as her studies is concerned, She can now read well and do her assignments with minimal supervision from me unlike before where I almost loose my temper teaching her. lol. Now, I will ask her to read the instructions and explain further what to do and she’ll happily do all the works by here own. Nicco on the other hand, haven’t given signs of him being ready for the school next year. He still wants to play around and is developing the habit of hitting her Ate Gabby and sometimes his Dad and I whenever he is annoyed and I don’t want him to get used to it. We are trying ways on how we could avoid or let him not do that and it really stresses me. Raising kids is definitely not easy, but getting hugs and kisses from them eases the tired and stress from an all day work.

We went to my parent’s place last Saturday as it is my nephews’ 3rd birthday. We just ordered brownies as a gift for him, wasn’t able to take some photos because I had terrible headache then. ordered this for dwayne:

Brownies from desserts plus 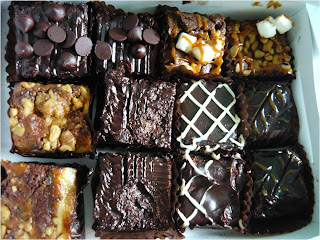 Nadeform lang ang icings kasi walang partitions in between nagdidikit pag naalog. lol. what’s worst is that when we reached our parent’s place, it looked messed up because I was carrying the box upside down. ahaha. Oh well, masarap pa din naman. 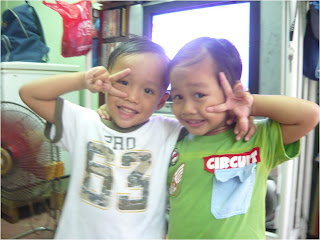 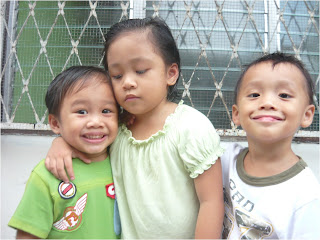 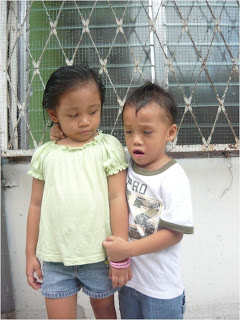 The procrastinator in me strikes again, and so the delay in post of  DS’s  bday celebration pics was shelved again for a couple of days. Or was it because I was under the weather these past few days that makes me lazy to make some personal posts. Oh well, excuses! excuses! heee… We had DS celebrated his birthday in advanced last Saturday since somebody will used our place in celebration of a child’s christening on his birthday itself on Sunday. 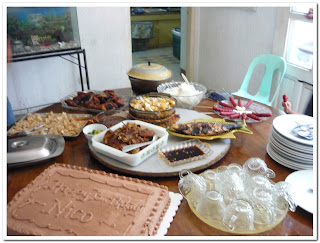 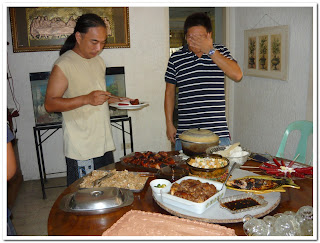 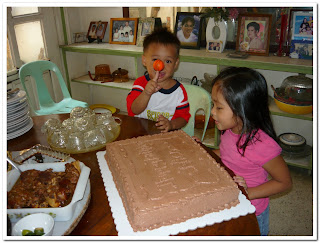 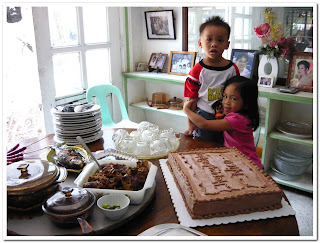 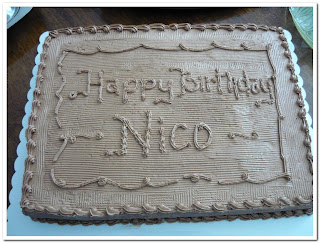 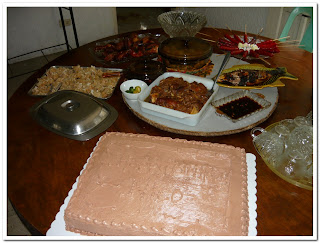 Menu includes Pata tim, Chicken Barbecue, Siomai, Inihaw na Bangus, Tokwa’t Baboy (Fried Tofu and Pork) Ice cream c/o Vhong and Dha. Noticed that menus are mostly for adults it since we just invited my sister and some friends, my kuya and Nanay didn’t make it and the only kid is his cousin Dwayne. 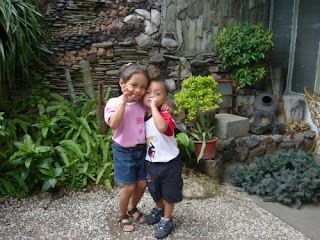 Here comes the fire preventive month which also signals that summer is finally here. Gabby’s final and fourth quarter exam will start tomorrow till Thursday, come Friday will gonna be their TOGA pictorial. March 20 will be the culminating day. I am happy to see that Gabby have improved a lot in terms of her comprehensive ability, she could also clearly write her name.
On the other hand, Nicco’s development is also noticeable now that he’s 2 years and 10 mos. he could talk clearly and not that”bulol” anymore. We are so proud that we were able to raise 2 beautiful and charming kids. Though you could imagine how hard it is to raise a pre-school and toddler at the same time. Sometimes, things gets out on hand that there are some incidents that I could not contol my temper. Screaming at the top of my voice whenever these two kids show episodes of tantrums, fighting over a piece of toy, food, pencil, crayons, cup of water, pillow and even on catching our attentions. But I can say that it’s all worth it whenever we see accomplishments they make. Kids wouldn’t be kids if they are not like that, right?!
It’s been freakin’ cold since first week of January. As a result, Gabby catches colds and cough while Nicco had his asthma attacks. Just two nights ago, we were so worried of him as we weren’t able to borrow my brothers’ nebulizer. He was really uncomfortable and had difficulty breathing, Ian and I didn’t get the chance to sleep the whole night. Good thing that hubby were able to borrow a nebulizer the next day to our neighbor who has a grandson who happens to be asthmatic too. We’ll definitely buy one for the little boy. We’ve been planning to buy him nebulizer when he was only one, but didn’t pursue as we thought he wouldn’t use it since he didn’t get attacks for a year and is fine not until after Christmas wherein his asthma is active again.
As for the litlle girl, they had their 3rd summative tests last Monday. Next week will be their 3rd quarter exams. On January 22, will gonna be their educational field trip. This time I will be the one to accompany her

.
here are the places to visit:
I was the one whose more excited in this field trip as its been ten years ago sine I’ve been in tagaytay! LOL!